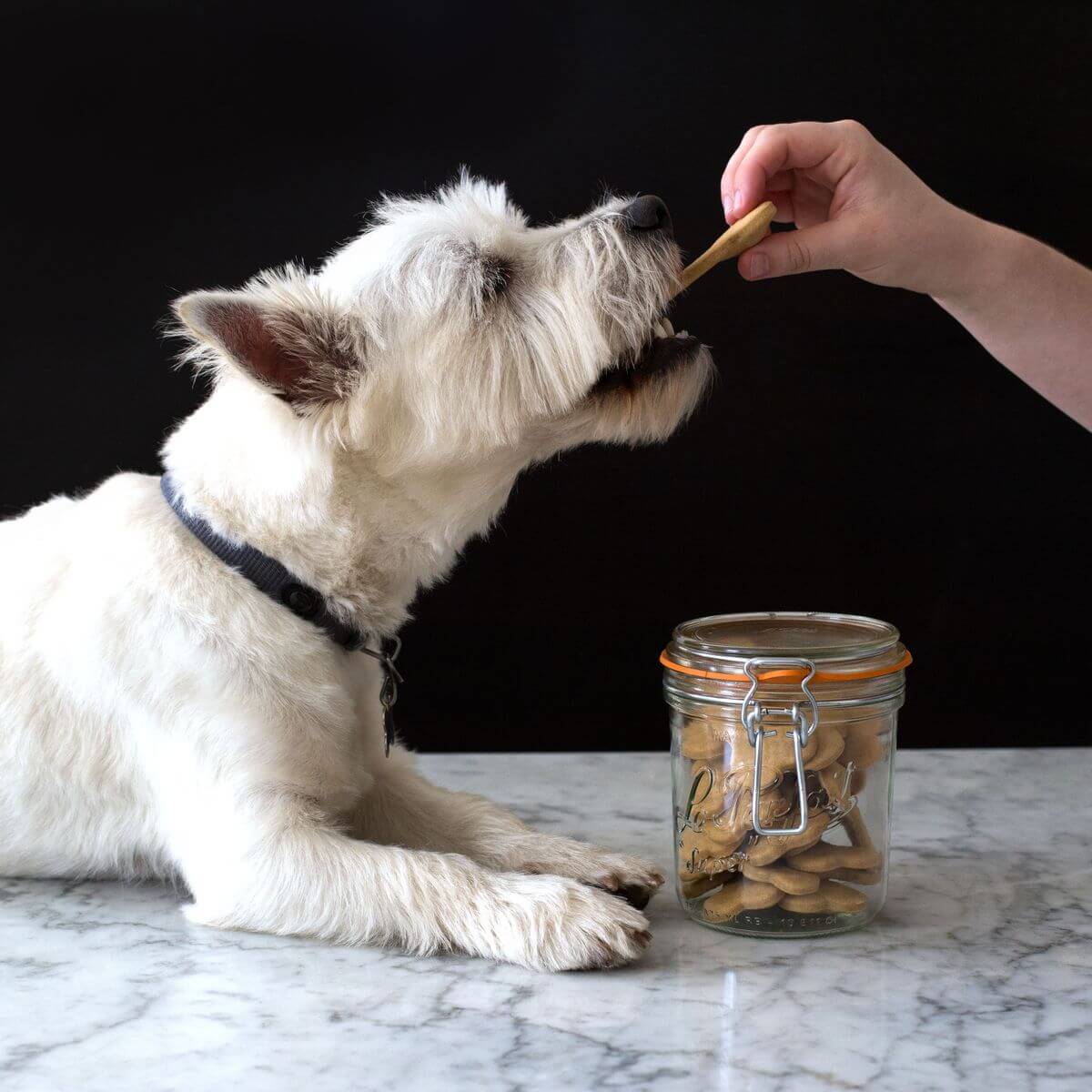 In fact, we have the highest pet ownership rates in the world. The 2019-2020 National Pet Owners Survey, conducted by the American Pet Products Association (APPA), reports 67% of U.S. households own a pet. That’s a whopping 85 million families. Dogs, unsurprisingly, are the most common at 63.4%, with cats coming in second at 42.7%.

Number of U.S. Households That Own a Pet, by Type of Animal (millions)

We all know owning a pet has many positive health benefits. Our pets can make us physically and mentally healthier and many pet owners have adopted ‘pet parenting’ behaviors, mimicking traditional parent-child relationships.

It’s therefore no surprise pet parents want only the best for their fur babies. Growing concern over the contents of commercial pet foods, along with the expanding social lives of dogs, has renewed interest in quality dehydrated pet treats. Dehydrated pet foods have many of the benefits of fresh/frozen raw food, but in an easier way for people to manage.

Pet owners place a lot of trust in pet food manufacturers to produce high quality, nutritious, palatable and safe pet foods. That trust is well placed because in the United States, pet food is one of the most highly regulated food products and must meet state and federal requirements.

The Food and Drug Administration (FDA) regulates the production of pet food, including pet treats or snacks, and is similar to that for other animal foods. According to the FDA website,

‘The Federal Food, Drug, and Cosmetic Act (FFDCA) requires that all animal foods, like human foods, be safe to eat, produced under sanitary conditions, contain no harmful substances, and be truthfully labeled.’

While the FDA doesn’t require pre-market approval of pet food products, it does ensure:

‘…that the ingredients used in pet food are safe and have an appropriate function in the pet food. Many ingredients such as meat, poultry and grains are considered safe and do not require pre-market approval. Other substances such as sources of minerals, vitamins or other nutrients, flavorings, preservatives, or processing aids may be generally recognized as safe (GRAS) for an intended use (21 CFR 582 and 584) or must have approval as food additives (21 CFR 570, 571 and 573). Colorings must have approvals for that use as specified in 21 CFR 70 and be listed in Parts 73, 74, or 81.’

Storing and transportation of meat intended for use in pet food

Pet food producers and their suppliers have always had to abide by the Federal Food, Drug, and Cosmetic Act (FFDCA). However, when the Food Safety Modernization Act (FSMA) passed in 2011, and amended last in 2017, there were new requirements and mandatory product safety standards for all U.S. pet food makers. The focus of the new law was the prevention of illness. The law also means the FDA can organize facility inspections to verify FSMA compliance and make sure imported foods meets U.S. food safety standards.

Pet food producers, just the same as food produced for human consumption, must also adhere to the relevant FDA codes. Most states regulate pet food products under their animal feed laws but, as a general rule of thumb, when receiving raw meat:

A great way to have a healthy dog is to introduce fresh fruit and vegetables into their diet and an easy way to do this is via dehydrated pet treats. While they can be added to an animal’s diet alone, it’s more common in commercially prepared pet treats for the fruit and veggies to be incorporated into a meat treat. And similar to a fussy child, a fussy dog won’t even know there’s extra goodness in the food.

A dog’s diet should ideally contain at least 20% vegetables. Vegetables that are especially good for dogs include:

Animals used for pet meat must be handled in accordance with the Federal Food, Drug, and Cosmetic Act (FFDCA).

While not mandatory in the US, providers to the pet food industry can have their products endorsed under HACCP guidelines.

Packaging and labeling of pet food

When it comes to labelling, the FDA advises the following:

Some states also enforce their own labeling regulations. Many states have adopted the model pet food regulations established by the Association of American Feed Control Officials (AAFCO). These regulations are more specific in nature, covering aspects of labeling such as the product name, the guaranteed analysis, the nutritional adequacy statement, feeding directions, and calorie statements.

Complementary pet foods are those other than the pet’s main food source. In other words, treats, snacks and rewards. And while nobody will argue cats are deserving of treats and tasty snacks, let’s face it, when we think of snacks, training and rewards, we’re thinking dogs.

The use of treats to reward dogs during training or when out and about is nothing new. However, with the upsurge in recent years of pet-centric people and families, along with a more focused concern about the contents of pet food, the ability of commercially produced dehydrated pet treats to become a true market force has never been more pronounced.

And not only that, dogs in the 21st century are highly social creatures within the community. These days, walking your dog is an expectation of pet parents and families. If you can’t walk your own, you hire someone to do it for you. Pet parks, pet beaches, doggy day care, pet holidays, the list is endless.

And what’s one thing these activities have in common?

The need for a portable, healthy, nutritious and delicious pet treats to keep dogs well behaved and well fed while out and about.

Cheap and nasty dog biscuits as a treat? The 21st century pooch says a firm no thank you.

Just like foods produced for human consumption, pet foods have a similar shelf life. When safely stored in a vacuum-sealed package in a cool, dark spot, dehydrated pet treats can expect to have a shelf life of up to 2 years. If the package shows any condensation or other signs of moisture, if it looks unusual or smells funny, it’s likely to have spoiled. And if it’s mouldy, throw it in the bin. 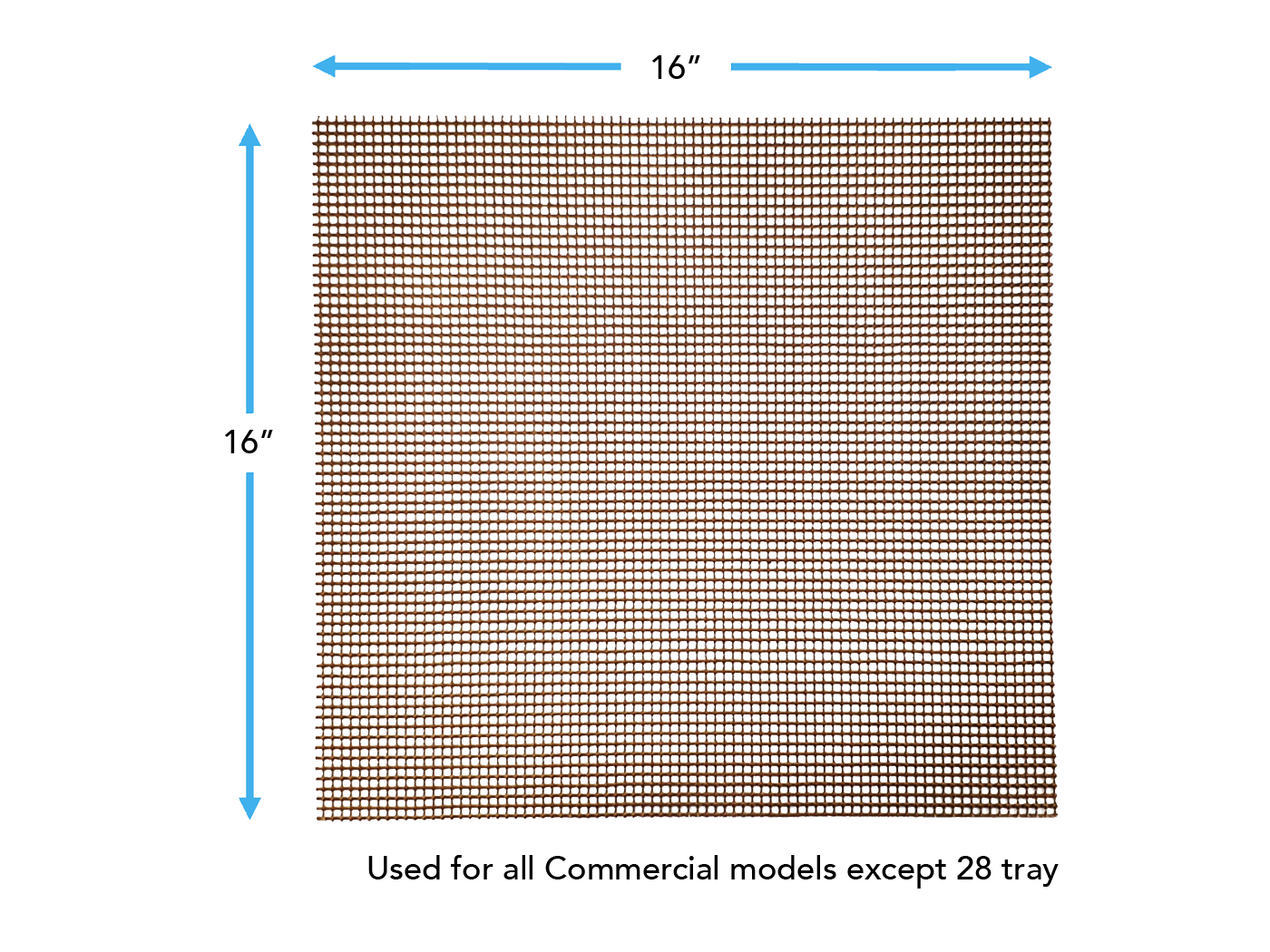 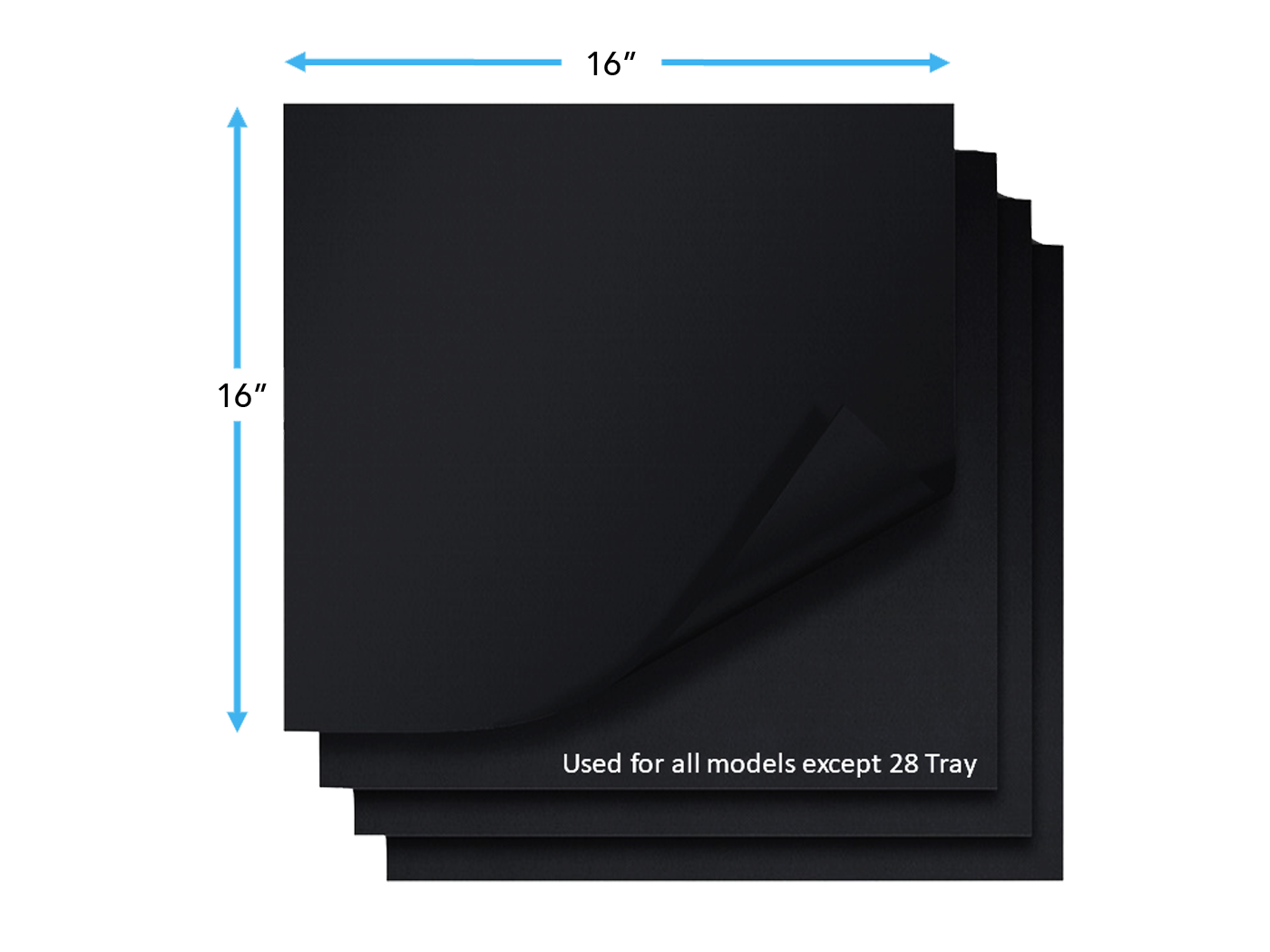 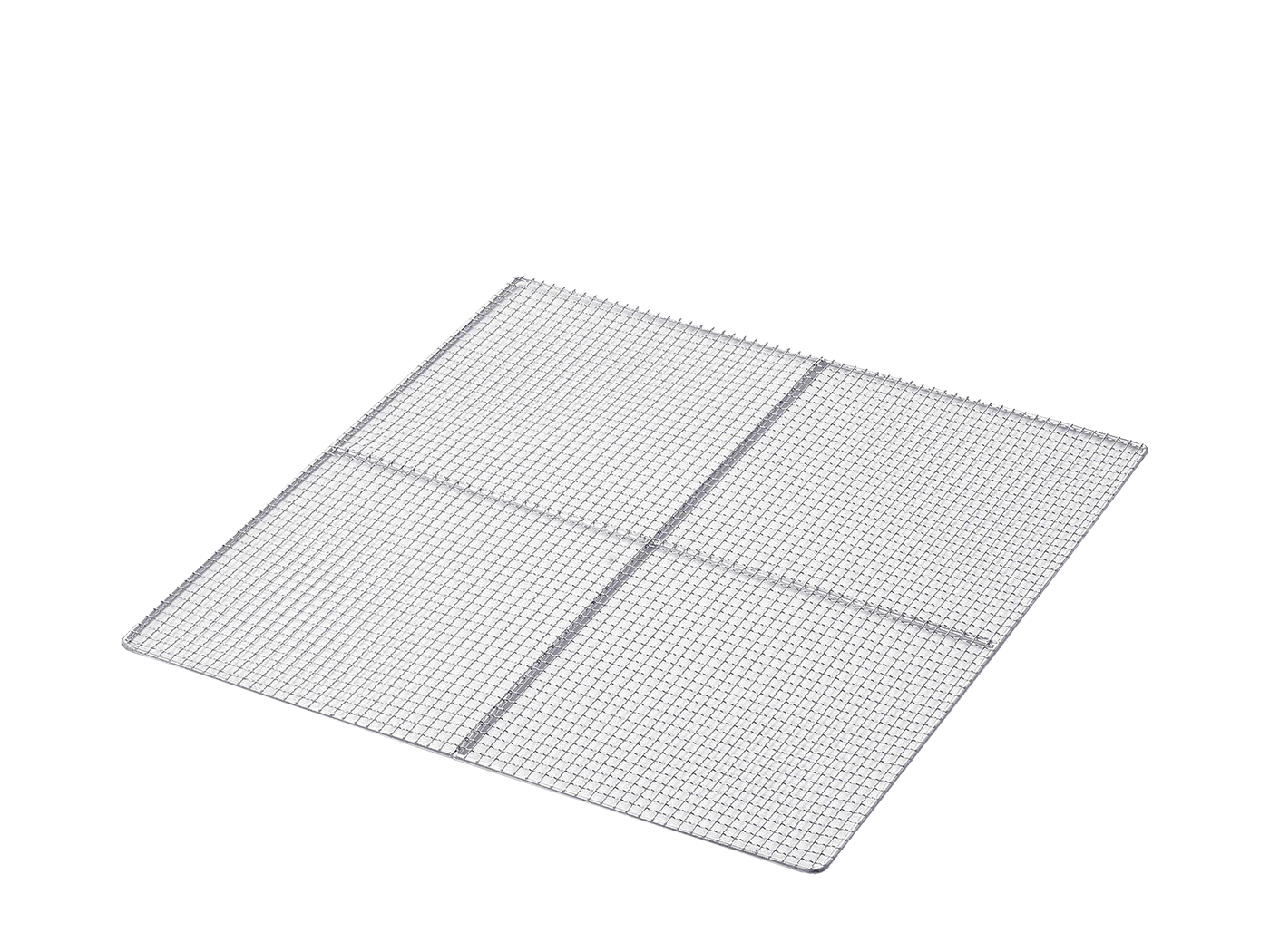 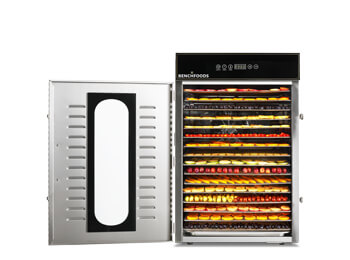 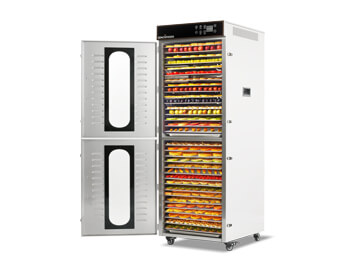 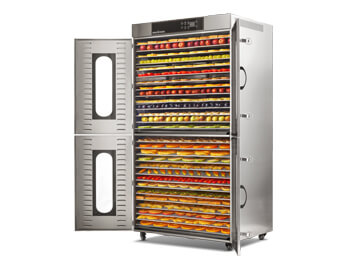 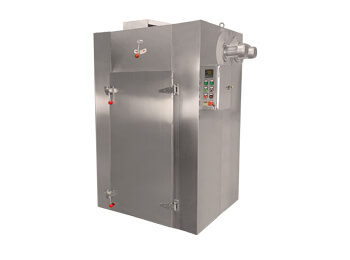 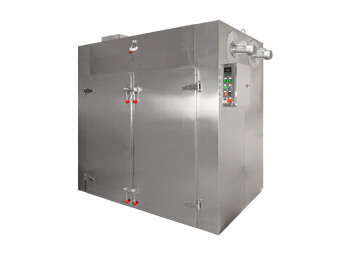 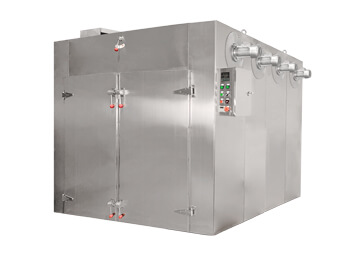 Water activity (aw) is a measure of available water in food. That’s not as simple as how much water is in the food though, as some water is bound to other ingredients – like sugar or salt – and isn’t available. In the context of dehydration, this is important as it is the available water that microorganisms will use to facilitate growth.

When too much water is available, microorganisms can grow. Pure water has aw = 1.00 and raw meat has aw = 0.99. For pet treats, following advice for dried meats is a good idea. Dried meats commercially produced in the US are legally required to be dried to a water activity level of less than 0.85. It’s a good idea to aim a bit lower for pet treats. For fruits aim for aw = <0.85 to 0.60 and vegetable-based pet treats around aw = <0.60.

There’s a few basic principles to adhere to in any environment where meat and food products are being prepared. These include:

The highest hygiene standards should be maintained every step of the way.

Cleaning your dehydrator is also essential

Best practice is to clean it between every batch. The trays in our dehydrators are dishwasher safe and the insides of the dehydrator should be cleaned using a cloth and warm soapy water (being careful not to splash water onto the electrical parts). We recommend using a food-safe sanitiser spray to eliminate microbial growth.

As well as daily cleaning, including throughout the day, regular cleaning and sanitising should be scheduled for things like cool rooms and drains. It’s also a good idea to regularly clean shelving in chillers, door handles, door seals, switches.

All equipment used for monitoring should be regularly checked and calibrated to ensure accuracy. This includes:

Got questions about how to use your commercial dehydrator safely?

If you’ve any questions about cleaning your commercial dehydrator, recommended settings, or other aspects to ensure a safe final product, let us know. We’re here to help guide you to producing pet treats and other dehydrated foods that are delicious and safe. 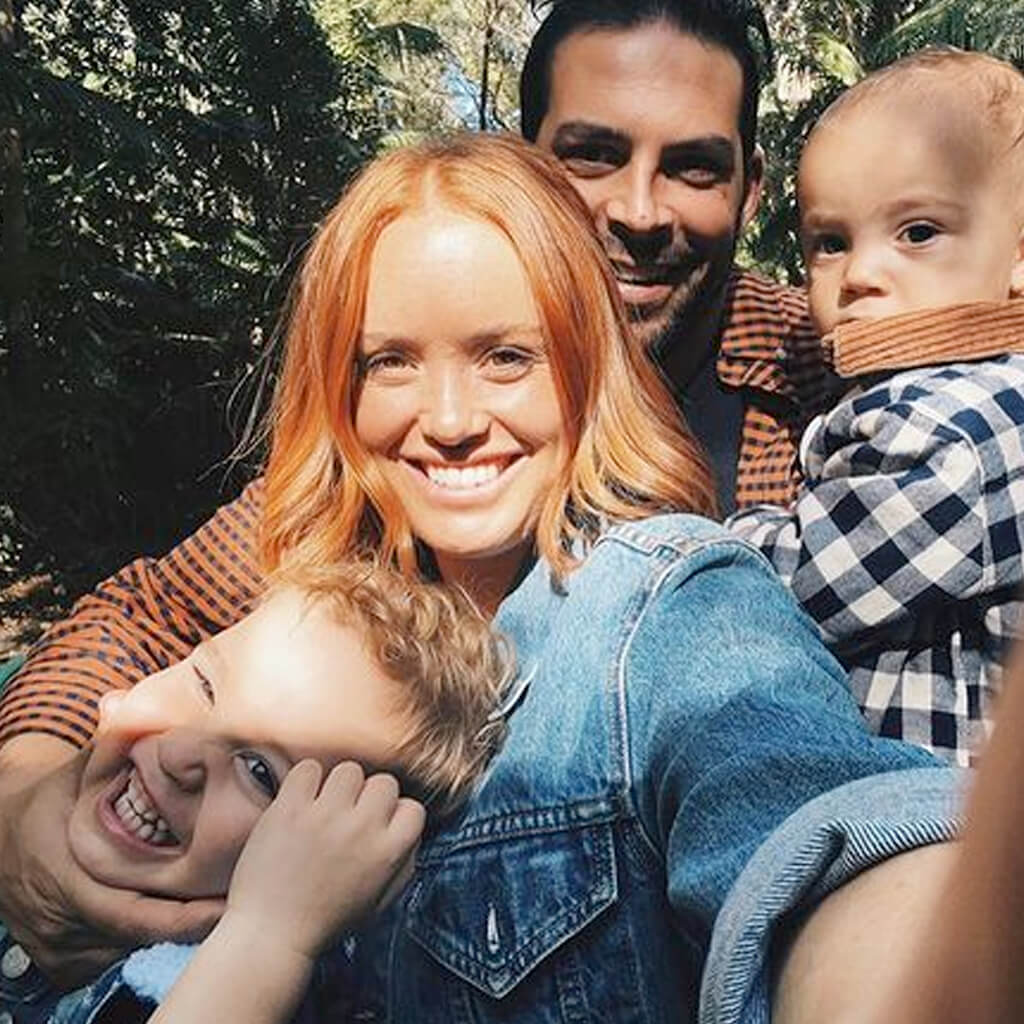 Kate spends her days doing life as a mother of two young boys, tending to chickens, ducks, working on her organic vegi garden and developing organic recipes that she shares with her friends via instagram. Researching and documenting comes naturally to Kate as she has a flare for design and photography.